“People forget the good that zoos do. If it weren’t for zoos, we would have so many species that would be extinct today.“ -Betty White

“I became very critical of zoos and circuses and keeping animals in captivity. I wish it was against the law.” -Christopher Walken

A drive down A1A, from beginning to end, will offer many opportunities for travelers to see wildlife, either in its natural state or within human care (some would agree with Walken’s quote and use the word captivity). There is controversy surrounding the latter—those dissenting toward zoos and marine mammal parks elevate their opinions regarding human interaction with animals.

For example, the many dolphin encounters offered along A1A receives absolutely zero endorsement from The Humane Society of the United States:

“The HSUS opposes the capture of all marine mammals from the wild for any type of public display or entertainment. The very nature of these animals makes them uniquely unsuited to confinement. In the wild, dolphins live in large groups (called pods), often in tight family units. Social bonds often last for many years. In some species, they last for a lifetime.“

The Humane Society’s position statement argues against any claim made by swim-with-the-dolphin attractions, including potential therapeutic opportunities and safety assurances offered by these attractions. The only consideration by the Humane Society, reluctantly, is to consider dolphin encounter attractions that avoid using dolphins captured from the wild and instead breed on-site.

Still, the allure of the bottlenose dolphin is engrained in Florida culture. From the Visit Florida website’s “Where and How to Meet Dolphins in Florida” by Chelle Koster Walton:

“Except for the gator, few animals are more associated with the Sunshine State than the dolphin. It would be hard to imagine a place where there were so many ways to interact with them, either in aquariums or in the sea, from simply watching them to actually swimming with them in Florida.”

Walton’s write-up does offer, along with some reputable dolphin encounter centers, tour options that will take travelers to well-known natural dolphin habitat areas.

Probably more thrilling is to see dolphins unexpectedly while kayaking or boating, which is more than an uncommon occurrence, as is the chance to see manatees, which should be included as an animal highly associated with Florida. 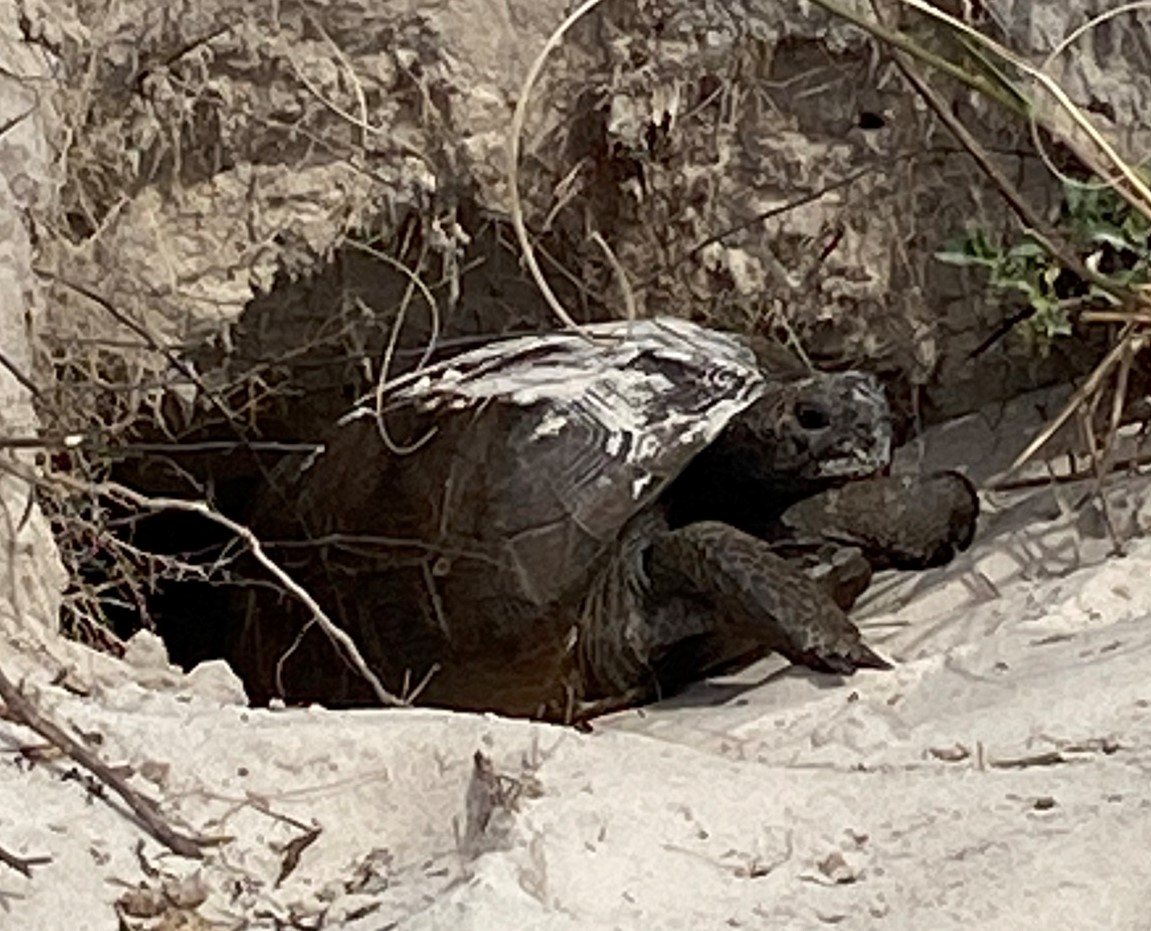 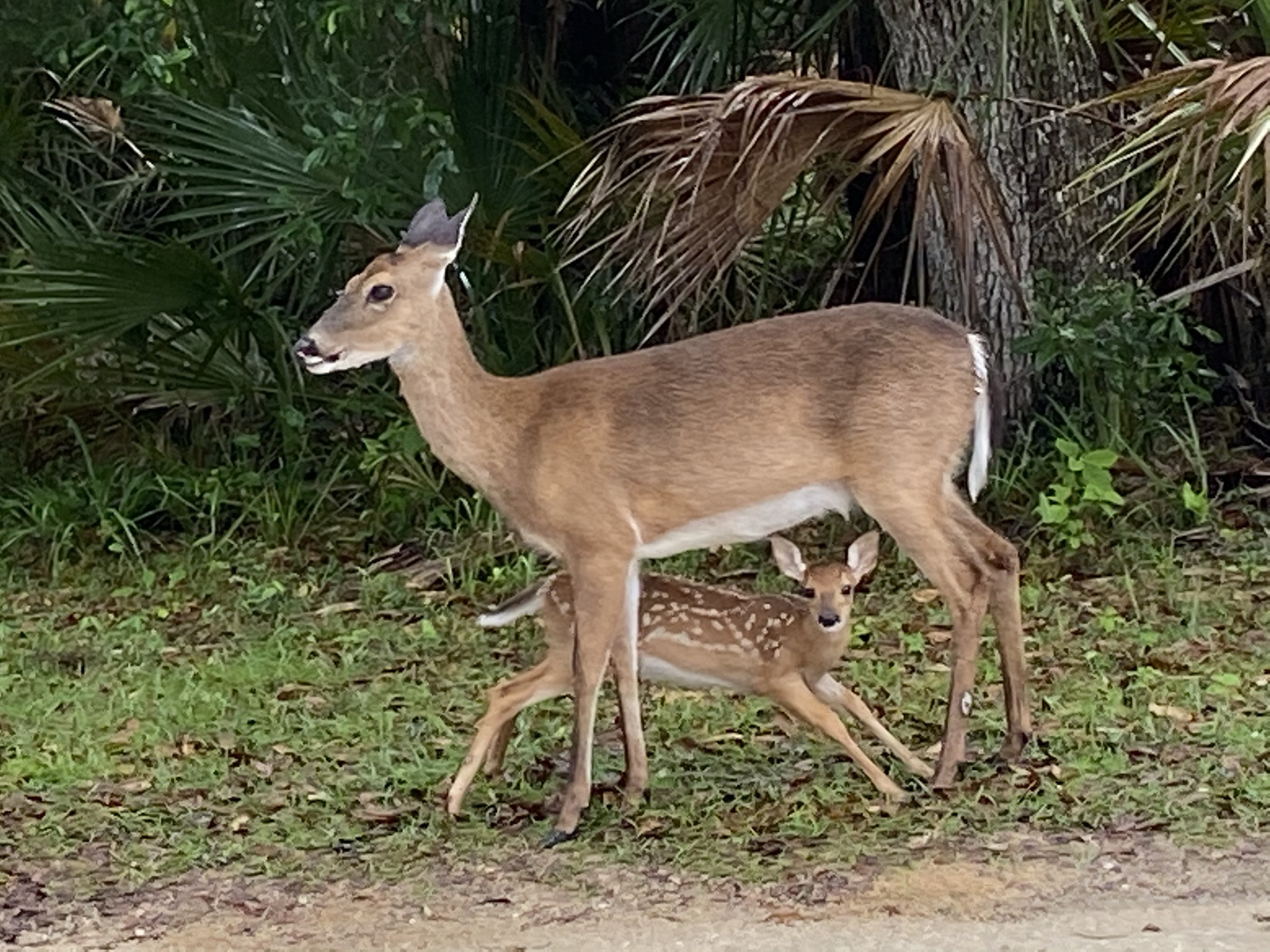 As for other Florida wildlife, there are so many places to hike, bike, snorkel, scuba dive, canoe, and kayak to see alligators, manatees, deer (including the Key deer), nearly 200 bird species (Great Florida Birding and Wildlife Trail), snakes, lizards, turtles and tortoises, bobcats, black bears, sharks, jellyfish, dozens—if not hundreds—of fish species, spiders, bugs, and in Key West—chickens and roosters (against the law to kill), and those invasive green iguanas (hunting allowed—some refer to them as the chicken of the trees).

That being said, it is hard to argue that zoos and marine parks do raise awareness, and conservation efforts have enjoyed much success. Almost all of the zoos and marine parks in Florida offer exhibits and animal experiences focusing on Florida wildlife. And with regard to several of the dolphin encounters offered in the Florida Keys, dolphins are kept not in large pools but in natural, seawater lagoons.

Presenting themselves as family-friendly and educational, it is difficult to ignore the excitement children have when having close, supervised wildlife encounters, even with the opinion by those opposed to zoos and marine mammal parks that a profit factor outweighs the educational aspects toward animal conservation; in other words, providing entertainment is the main motivation.

Studies are conducted to gage the motivations of the public when visiting zoos and marine mammal parks. An excellent read is from a reader-friendly, 2009 dissertation offered by Lance Joseph Miller, titled “The Effects of Dolphin Education Programs on Visitors’ Conservation-related Knowledge, Attitude and Behavior“).

As you travel along A1A, do consider the outdoor outlets that show off the beauty of Florida and offer a chance to see wildlife as mother nature intended. And when visiting a zoo or marine mammal park, consider those accredited by either the Association of Zoos and Aquariums or Alliance of Marine Mammal Park and Aquariums.

“Accreditation is a process by which a program, organization, or institution is evaluated by recognized experts in the profession, and is measured against the established standards and best practices of that profession. Overseeing this process in AZA is the Accreditation Commission- a group of sixteen experienced and trained experts in operations, animal welfare and husbandry, and veterinary medicine. These experts are sworn to maintain complete impartiality in their judgements and to thoroughly examine each zoo or aquarium that applies for AZA accreditation to determine if AZA standards are being met. Only those zoos and aquariums that earn AZA accreditation can become members of AZA.”

And from the AMMPA:

“The Alliance of Marine Mammal Parks and Aquariums is an international association and the accrediting body for marine parks, aquariums, zoos and research facilities. Alliance-accredited institutions are the gold standard in marine mammal care. With an extensive body of marine mammal knowledge and experience, animal experts at Alliance-accredited facilities dedicate their lives to the well-being of the animals in their care and to the rescue and rehabilitation of marine animals such as sea lions, dolphins, manatees, and sea turtles in need of help.”

Below is a list of accredited zoos and marine mammal parks along or near A1A (listed from north to south), with some interesting facts about each.

With their recent rescue of former circus elephants, White Oak has the LARGEST Asian elephant herd in the western hemisphere.

White Oak has welcomed a wide range of celebrities, including President Bill Clinton and Hillary Clinton in 1999, providing a respite during their time dealing with the scandalous affair the president had with Monica Lewinsky. Other celebrities include Colin Powell, Al Gore, Madonna, Julia Roberts, John Travolta, and Mikhail Baryshnikov, who co-founded the White Oak Dance Project in 1990.

During the springtime, wood storks come to the zoo to naturally nest their young. The rookery, formed within the zoo grounds in 1999, began with only seven pairs of wood storks; numbers are now in the hundreds. Once endangered, wood storks are now downlisted to threatened due to successful conservation efforts.

In 2005, the zoo’s Range of the Jaguar was chosen as the AZA Exhibit of the Year.

The St. Augustine Alligator Farm, first opened in 1893, is the ONLY place in the world to see each of the 24 Crocodilian species; it also offers to chance see to see them from above with one of two zip line courses, as well see birds at eye-to-eye level; with a rookery attracting eight bird species, it is part of the Great Florida Birding and Wildlife Trail.

Opened as Marine Studios in 1938, Marineland is the “World’s FIRST Oceanarium”. It is now a dolphin conservation center, offering a range of dolphin encounter experiences. One of the original founders, Ilya Tolstoy, was the grandson of literary great Leo Tolstoy. Marjorie Kinnan Rawlings and Ernest Hemingway were frequent visitors. Several movies were filmed at Marineland, including Creature from the Black Lagoon (1954).

Opened in 1994, Brevard Zoo was voted the fifth best zoo by USA Today in 2020—the HIGHEST ranking in the southeastern United States. It is America’s ONLY zoo to offer onsite kayaking tours around its animal exhibits.

America’s FIRST drive-thru preserve, Lion Country Safari, opened in 1967, is listed by USA Today as one of the top ten safari parks in the nation. Up until 2005, even lions were able to roam close and personal to vehicles visiting the park—now, the lions are separated by fencing, but most of the 1,000 animals (90 species) do roam freely and have the right-of-way along the four-mile preserve drive.

From its humble beginnings as a red barn housing barnyard animals, over 500 animals live at the Palm Beach Zoo. Its interesting history includes having as its first exotic pet a rhinoceros iguana, taking in a local celebrity kangaroo named Joey who had among his admirers a young Caroline Kennedy, having a celebrity bear named Hammer that was one of the bears used on the television show “Gentle Ben”, and most recently, honoring the passing of a Hoffman’s two-toed sloth named Tootsie who was the oldest sloth in managed care at the age of 46.

In 1963, the first of many film shoots of “Flipper” took place at Miami Seaquarium. The marine park is known for its work with manatees, which includes the first birth of a manatee under human care (1975), the first pair of manatees born under human care (2006), and the rehabilitation and release of the first manatee to survive a deadly condition called Pyothorax, known to kill all previous manatees (2003).

The LARGEST zoo in Florida and fifth largest in the country, Zoo Maimi’s origins go back to 1948 when it opened as Crandon Park Zoo in Key Biscayne, occupying animals from a circus that went out of business. The ruins, featured in Abandoned Florida, can still be visited. Today, the zoo is home to more than 3,000 animals representing over 500 different species as well as over 1,000 species of trees, palms and other plants.

Located within a natural lagoon on Florida Bay, Dolphins Plus offers a range of interactive dolphin encounters as well as providing education and research, and supporting its marine mammal responder program, which works in conjunction with the Florida Fish and Wildlife Commission as first responders to dolphins, whales, and manatees when emergencies arise:

“We love our dolphins. We love marine mammals in the wild. We refuse to sit on the sidelines when our friends are in danger. That’s why Dolphins Plus proudly supports Dolphins Plus Marine Mammal Responder, a not for profit and 501(c)3 facility, dedicated to the rescue of any sick or injured whale or dolphin in the 10,000 square miles of marine habitat in the Florida Keys.“

Another feature of Dolphins Plus is their Oma’s Dolphin Program, which honors Anne Marie Borguss (known as Oma), a founding member who passed away after a six-year battle with breast cancer. The program allows those battling cancer to participate in dolphin encounters free of charge.

Truly one of the classic, pre-Disney tourist attractions, Theater of the Sea is a family-owned marine mammal park that opened in 1946. Considered one of the oldest of its kind in the world, Theater of the Sea offers a very organized, intimate show schedule that can be completed in less than three hours (fish and reptile tour, parrot show, dolphin show, sea lion show, and a unique, bottomless boat ride. It also offers a wide range of marine add-onto admission animal encounters (dolphins, sea lions, sea turtles, alligators, sharks, rays, and parrots).

Among the famous that have visited Theater of the Sea are presidents Harry S. Truman and Dwight D. Eisenhower.

“Dolphin Connection’s Cheryl Messinger and Terran McGinnis publish a book entitled Marineland, which tells the story of Marine Studios/Marineland of Florida, the first oceanarium in the United States.”

Marineland became part of the Dolphin Company in 1999.

Dolphin Connection is also a founding member of the Bottlenose Dolphin Breeding Consortium, which has produced more than 20 successful bottlenose dolphin calves.

While Miami Seaquarium is famous as a filming site for “Flipper”, the dolphin training began at the Dolphin Research Center. First known as Santini’s Porpoise Training School, Milton Santini trained Mitzi, and then other dolphins that appeared in the 1963 Flipper movie. Two other dolphins that were in the movie, Little Bit and Mr. Gipper, gave birth to Tursi—her offspring live at the center. Mitzi, the most famous of all dolphins, was laid to rest there. Dolphin Research Center welcomes over 70,000 visitors each year.

To close out this blog, here are several photos and videos from a recent visit to the Jacksonville Zoo. 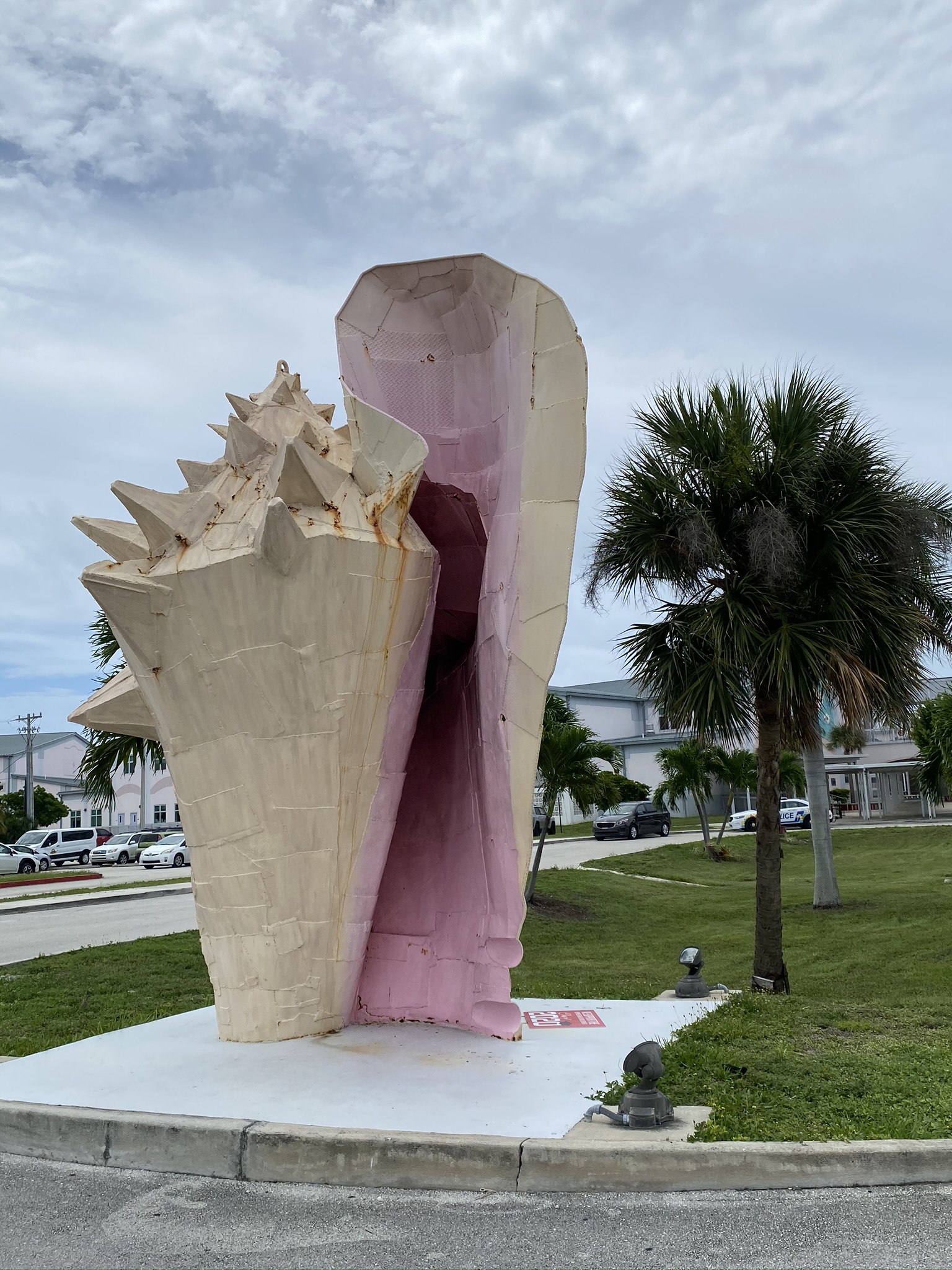 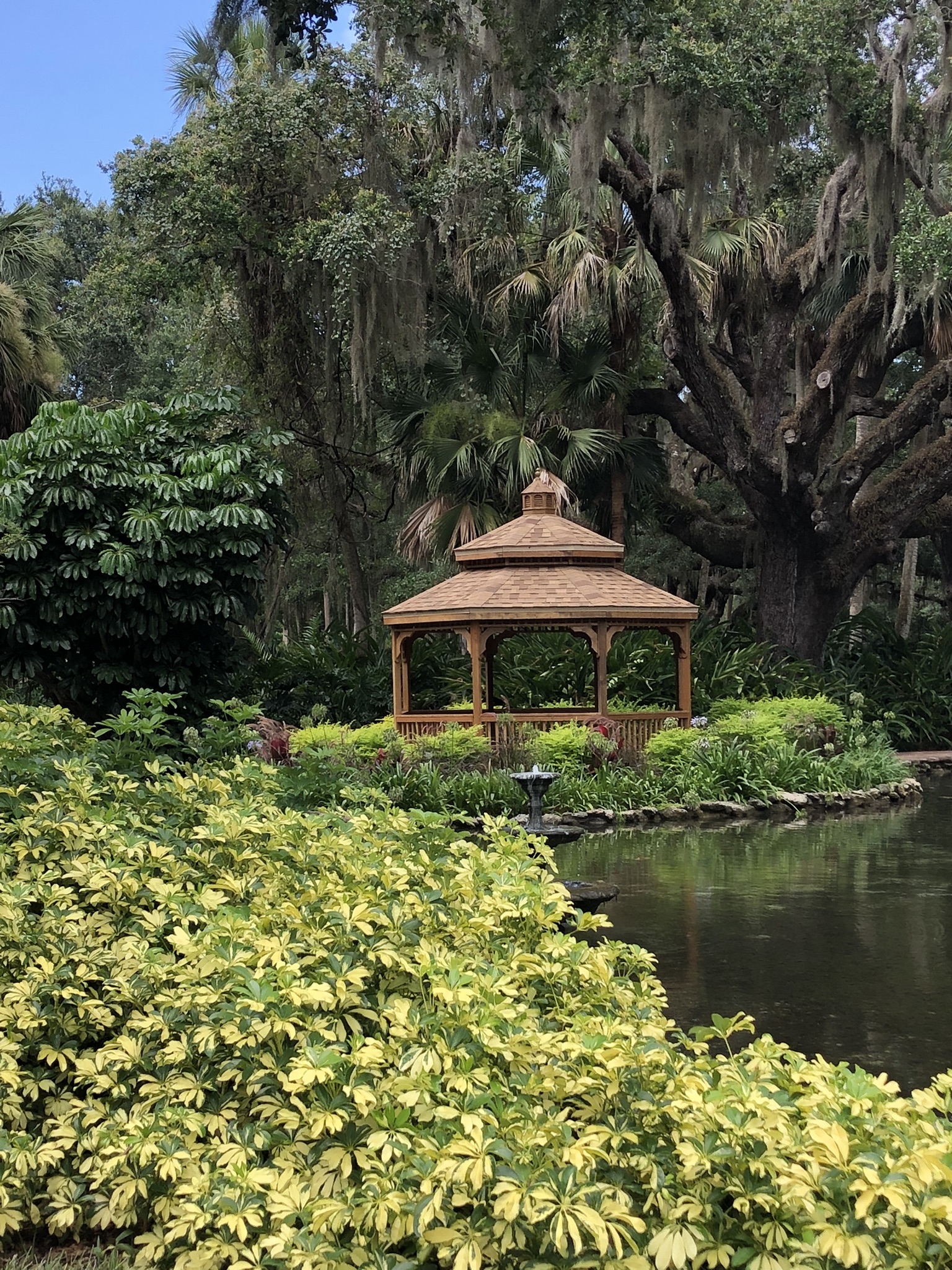