Part 3 of the journey on A1A focuses on a short, three-mile stretch from the Florida Citrus Center, adjacent to where A1A crosses under I-95, and where it intersects US 17. You are approaching Yulee, a bedroom community of close to 30,000 residents located 30 miles north of Jacksonville. 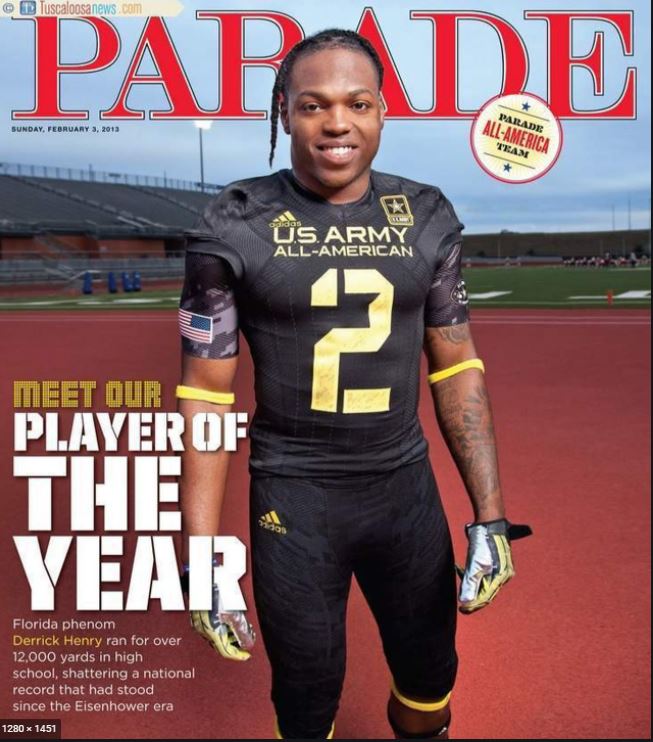 This second town on A1A (first being Callahan) is named after David Levy Yulee, a United States Senator (1855-1861) from Florida. These days, Yulee is known as the hometown of Derrick Henry, the 2015 Heisman Trophy winner and star running back for the Alabama Crimson Tide, and the Tennessee Titans of the National Football League. During his high school days at Yulee High School, Henry set the national record for career rushing yards.

Henry is known for his multiple 1,000 yard-plus seasons with the Titans; a small hiking trail found just before arriving at US 17 celebrates famed conservationist and naturalist John Muir, who in 1916 wrote about a 1,000-mile walk. Chapter Five of Muir’s book, A Thousand Mile Walk to the Gulf, includes a chapter on his flora-searching journey through this region. Here is a paragraph showing his delight at the surroundings:

“I am now in the hot gardens of the sun, where the palm meets the pine, longed and prayed for and often visited in dreams, and, though lonely to-night amid this multitude of strangers, strange plants, strange winds blowing gently, whispering, cooing, in a language I never learned, and strange birds also, everything solid or spiritual full of influences that I never before felt, yet I thank the Lord with all my heart for his goodness in granting me admission to this magnificent realm.”

And since our previous stop (Part 2) includes a look at alligators, here is another paragraph, with Muir offering reptilian praise:

“Many good people believe that alligators were created by the Devil, thus accounting for their all-consuming appetite and ugliness. But doubtless these creatures are happy and fill the place assigned them by the great Creator of us all. Fierce and cruel they appear to us, but beautiful in the eyes of God. They, also, are his children, for He hears their cries, cares for them tenderly, and provides their daily bread.”

Muir, often mentioned as “the father of our National Park System,” worked with President Theodore Roosevelt in establishing conservationist programs throughout the country, including efforts to preserve what is now Yosemite National Park. In 1908, President Roosevelt named Muir Woods, a redwood forest in California. Though not as majestic, Nassau County created the John Muir Ecological Park, recognizing Muir’s Florida walkabout. Florida Hikes provides this description:

“While this is the briefest of walks, the trail at John Muir Ecological Park connects you to an important and mostly forgotten chapter of Florida history: our role in John Muir’s “Thousand Mile Walk to the Gulf.” He reached Cedar Key on October 23, 1867, after crossing Florida from the Atlantic Coast. This is one of the places he walked through, and the only such park in the state that commemorates this accomplishment.”

Located less than a mile from the US 17 intersection, this park provides a quarter-mile walk through swampy terrain dominated with pine and palmetto though not far enough from the sounds of A1A traffic. The end of the trail offers signage about John Muir and the Florida Railroad, of which Muir followed during his walk. The railroad was the FIRST to cross Florida, connecting Fernandina on the Atlantic Coast to Cedar Key at the Gulf of Mexico.

Give yourself about 30 minutes to explore this park, and take advantage of the bathroom facility at the entrance.

Journeying A1A should allow travelers to ponder the contrast of pristine, undeveloped landscapes, and that of excessive land development. To set the stage for this conflict, I highly recommend a movie filmed in Nassau County—Sunshine State (Hyperlinked is a Roger Ebert review of this 2002 movie).

Admittedly, I am a huge movie buff. More so, I am what is referred to as a set jetter—one who loves visiting filming locations. A1A offers many opportunities for those with this shared affinity; I will write several set jet blogs, including one for Sunshine State. 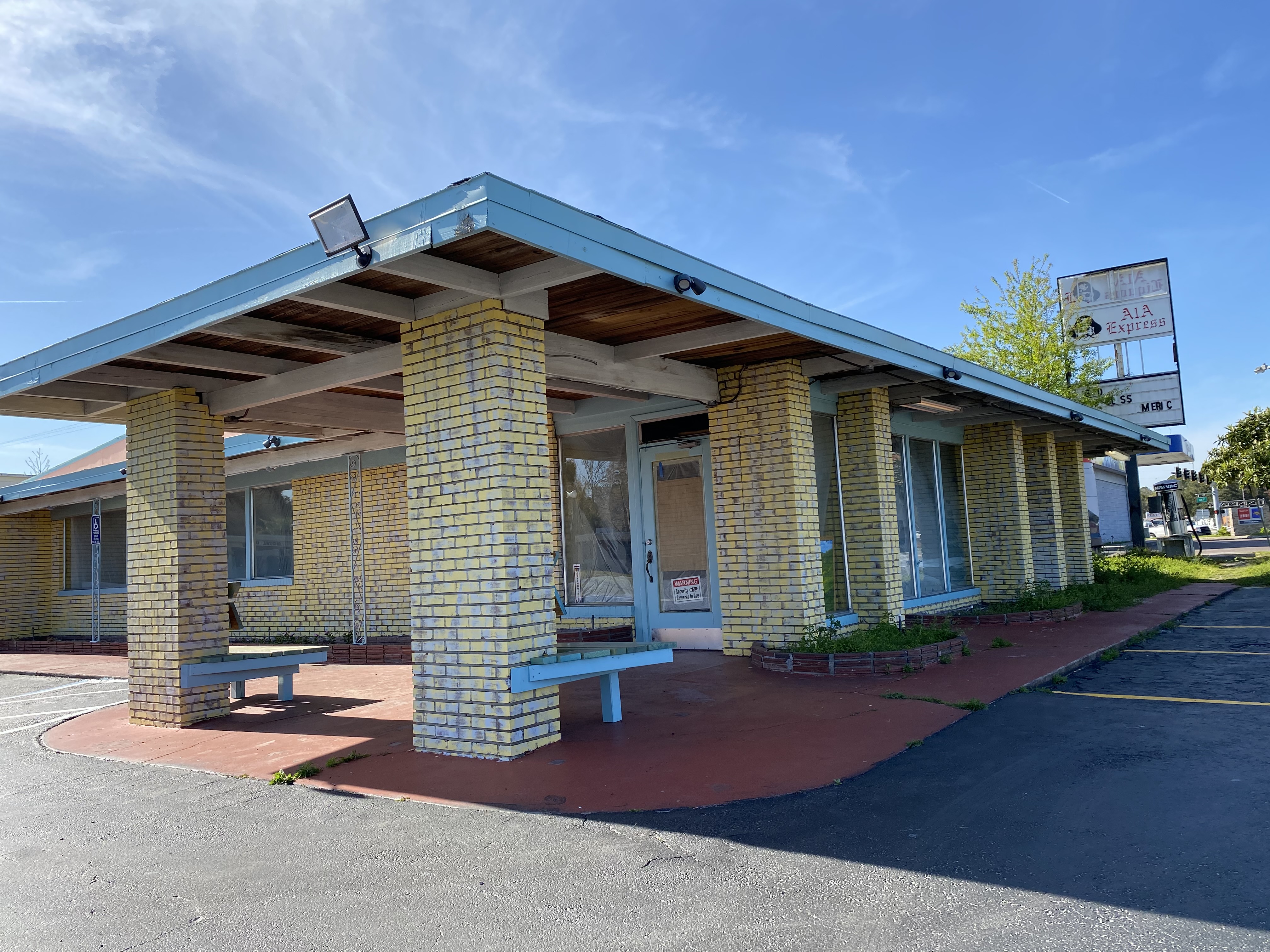 For now, I mention a point of interest connected to the movie—the 1950’s era Nassau Holiday Motel and its once adjacent Jinright’s Seafood House.

As with many pre-interstate motels, Nassau Holiday Motel’s heyday has passed. However, the motel and restaurant were featured significantly in Sunshine State, thus worth a set jet visit.

Stop for a quick gander and checkout the dolphin fountain across from the motel office. If you decide to stay for the night, request the room used for a tryst scene in the movie. 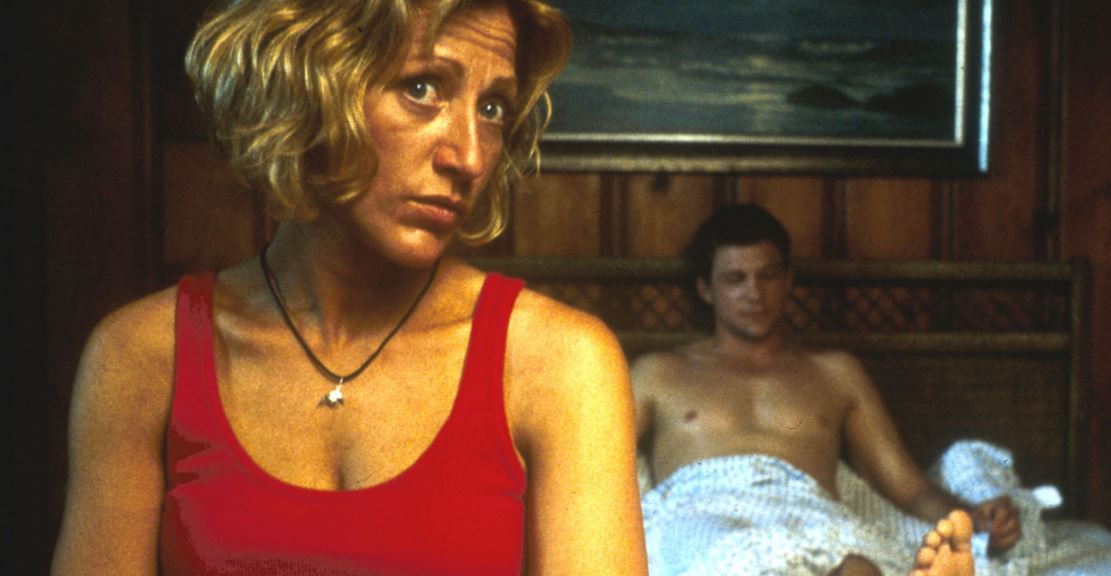 If hungry, consider stopping at Willie Sewell’s Old School BBQ, also located at the intersection, and try a Slawpy Pig sandwich. For those that like to bowl while traveling, visit Yulee Bowling and Amusements. 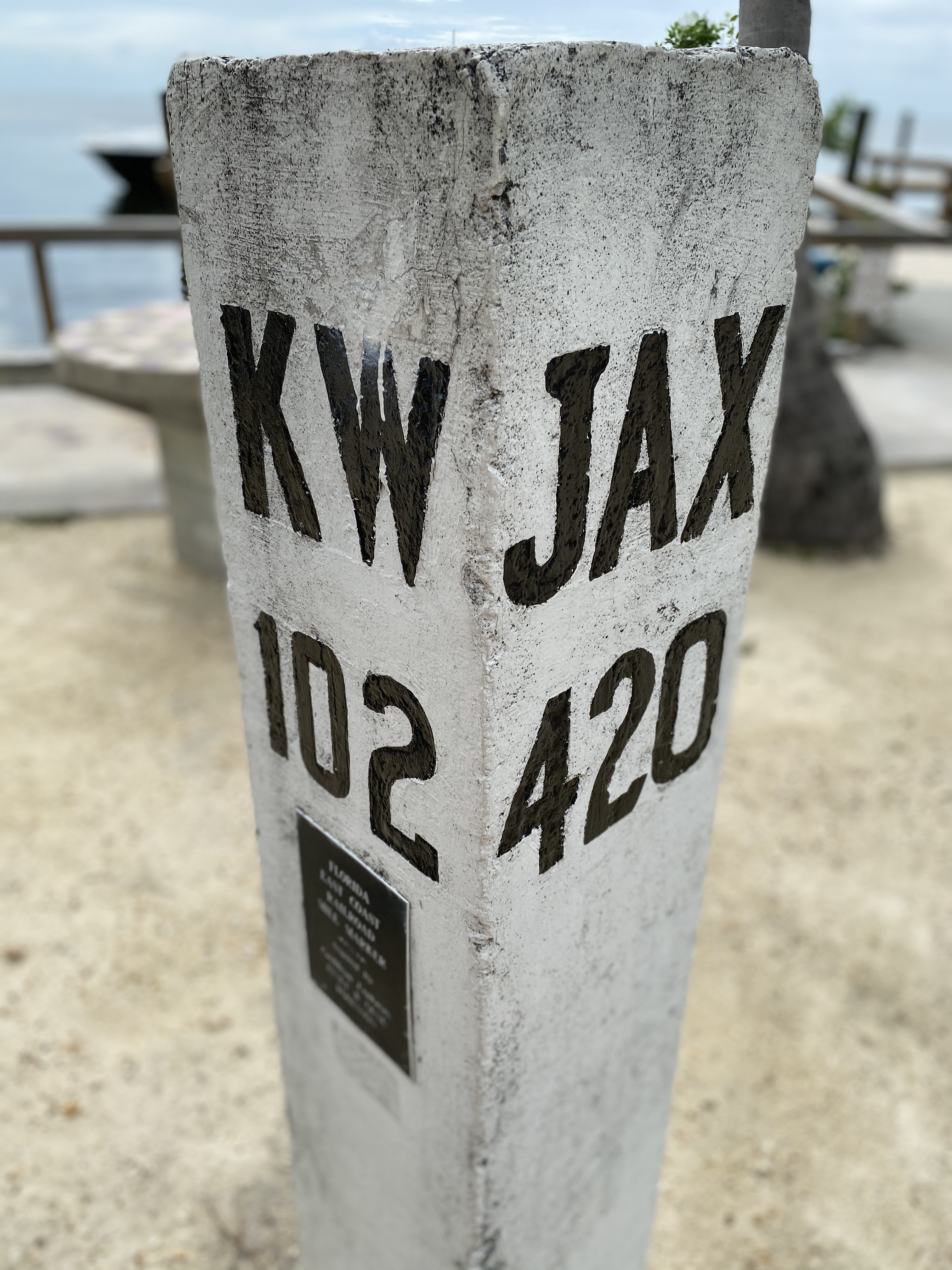